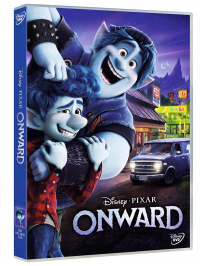 Who's wearing a hat? ...is it the orange cat? / [illustrated by Stephen Barker] Abstract: `He'll be famous - a legend - I wouldn't be surprised if today was known as Harry Potter Day in future - there will be books written about Harry' Minerva McGonagall Strange things always seem to happen when Harry Potter is around. Things that unsettle his guardians, the Dursleys. They strongly disapprove of strangeness. It's only when a letter arrives, delivered by a shaggy giant of a man called Hagrid, that Harry learns the truth that will transform his entire future: his parents were killed by the evil Lord Voldemort, and he, Harry, is a wizard. Whisked away to Hogwarts School of Witchcraft and Wizardy, Harry discovers a world of enchantments, ghosts, Quidditch, and friends who will stand, through everything, by his side. But when Harry hears of a stone with great powers, he finds that his school has its own dark secrets - and an adventure that will become the stuff of legend begins. These adult editions have been stylishly redesigned to showcase Andrew Davidson's beautiful woodcut cover artwork. Old MacDonald Had a Farm / written by Samantha Sams

Old MacDonald Had a Farm - Copie I love dad : with the very hungry caterpillar / Eric Carle 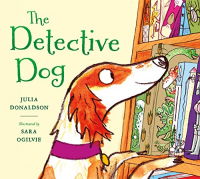 The Story of Ferdinand Munro Leaf
0 0 0

The Story of Ferdinand / Munro Leaf ; drawings by Robert Lawson

The Story of Ferdinand - Copie Sorrel and the Sleepover
0 0 0

Sorrel and the Sleepover

Sorrel and the Sleepover - Copie

Abstract: Sorrel had never had a friend who was just the same, until she met Sage. But can one sleepover ruin a whole friendship? Squirrels Sage and Sorrel are just the same: the like the same games, sing the same songs and say the same things at the same time. They even have the same stripe on their tails! But when Sage invites her friend for a sleepover, Sorrel discovers they aren't the same at all - while Sage has a huge family and an even bigger treehouse home, Sorrel lives with her mum in a tiny tree. Sorrel must hide how different she is, otherwise Sage won't be her friend, will she? A celebration of what friendship really means, no matter how rich or poor you are, from the creator of classic bestseller Badger's Parting Gifts. Abstract: What will Peppa be today? Spend your summer holidays making up lots of new stories for Peppa! A witch, a fairy, a doctor or an astronaut? Just flip the flaps and create your very own Peppa Pig adventure! Perfect to help little ones use their imagination and storytelling skills, everyone will love this brand new, super exciting way to enjoy Peppa books!